After breaking the serpentine belt during our high country adventure, the Amarok spent just over a week at the Wodonga dealership being repaired. See here: http://project2014australia.blogspot.com.au/2016/12/a-few-nights-in-victorian-high-country.html 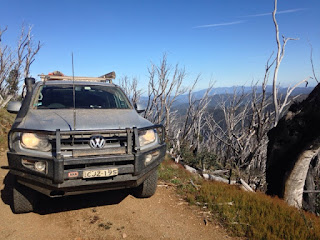 The initial diagnosis was that the serpentine belt tensioner had failed, causing the belt to shred.  Parts of the belt ended up destroying the power steering pump pulley, requiring a new pump, adding a small fortune to the repair bill.  Being just over two years since it last happened, it wasn't covered under warranty - but thankfully it didn't destroy the engine either.

Unfortunately the car wasn't fixed properly.  The new tensioner rattled heavily at idle, and I took it to my local dealer to get checked out.  They agreed the tensioner was faulty, but didn't have one in stock, and could I please come back at another time to get it fixed. This dragged the saga out until mid January when I finally could make it back to get fixed.

So last Friday I took it in, and waited for the repair to be complete (I was on my way home after working overnight).  On starting the car I could tell instantly that it still wasn't right - but was desperate to head home and have a nap.

My local dealer replaced the tensioner with a new pulley.  I had been told some cock and bull story about there being a newer version of the pulley (apparently VW are on their third revision now) - but the new one was exactly the same as the one replaced by the dealer at Wodonga.

So, after a snappy 1400km round trip to Tamworth over the weekend, I took it back to my local dealer on Monday afternoon.  I had tried to call, but couldn't get through and just drove in and requested someone look at the car.

I think they could tell from the look in my eyes, I wasn't leaving until it was fixed.  They sent a mechanic from the floor (thank goodness - I was over the 'service manager') - who had a look, could see the car wasn't right and decided to take it into the workshop straight away.  A few minutes later he diagnosed the alternator pulley was playing up, and would need replacing. They didn't have one in stock - but some common sense prevailed and they took one off an alternator they had on the shelf.  Big thank you to James from the workshop for finally identifying the fault and fixing the car properly.

So at last - just over a month since it failed, the Amarok is back to 100%.  I am a little frustrated that it took so long to get put to rights - three extras visits AFTER it had already spent over a week off the road.  It also makes me wonder if the power steering pump really did need replacing after all.  Hmmm...

Whilst waiting for the car to get fixed, I had a look over some new Amaroks on the showroom floor.  I was interested to see the new 4 cylinder Amaroks have a plastic cover that covers the air conditioning compressor, power steering pump and the whole serpentine belt.  I asked why this kit hadn't been retro fitted to earlier models, but got the usual excuses.  If I want to install those covers it will cost me $356.

Whilst I love the Amarok as a comfortable touring car, I think there are some design flaws with the engine, particularly if it gets used as a 4WD should.  The plastic covers are all just attempts to patch over underlying shortcomings.  I am sure if there was the same volume of these cars on the road as other brands, the shortcomings would have all been identified, met and addressed by now - either by the manufacturer or with quality aftermarket gear.

Such a shame - as the rest of the car is simply fantastic.  But for now it's good to go again.  Best I start planning the next adventure! 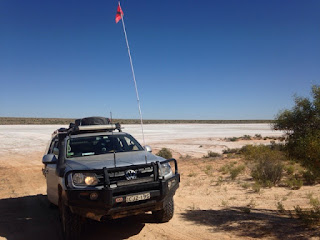 Posted by phil_in_canberra at 23:00 No comments:

Every now and then the moon and stars and moon align, and I get the opportunity to take off for a couple of nights with the guys who introduced us into four wheel drive touring.  This is a part of Australia that we have not spent much time exploring, and I was looking forward to changing that.  I also knew I was in good company.  These guys have forgotten more about four wheel driving than I'll ever learn - and I was eager to pick up some tips.

Jo had given me a leave pass for a few nights, so I packed the car with essentials for a solo few nights.  A swag, some beer and a ten minute run around Aldi had me stocked with enough food for the adventure.

I confidently assured her that I wouldn't do anything silly and would bring the car back in tip top condition in a couple of days....  How wrong I was! 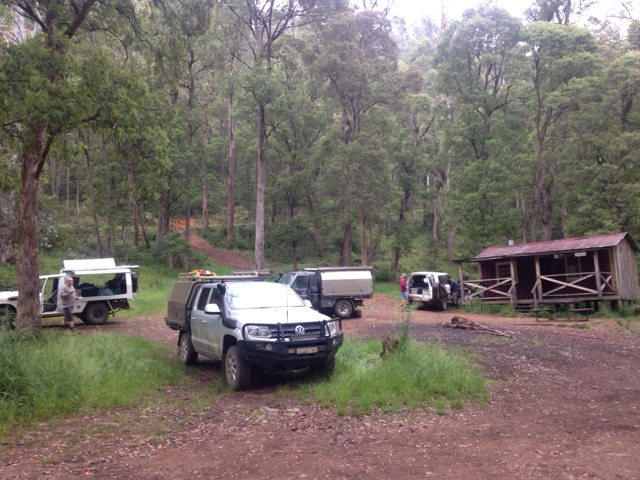 Read more »
Posted by phil_in_canberra at 12:10 No comments:

A new set of wheels - but the Amarok is staying

With our little Subaru Outback starting to become a never ending run of little (and big) maintenance challenges, we knew it was time to consider a new(er) set of wheels sooner or later.  With the decision to upgrade, came an opportunity to get a seven seater - for the versatility it offers us living out of town.

Today we bought a 2010 Challenger - to sit in the carport alongside the Amarok.  It is likely to replace our tired Outback that has a hard 280 000km on the clock - however we may just continue to run it until it stops completely.

The vital statistics for the new set of wheels are: 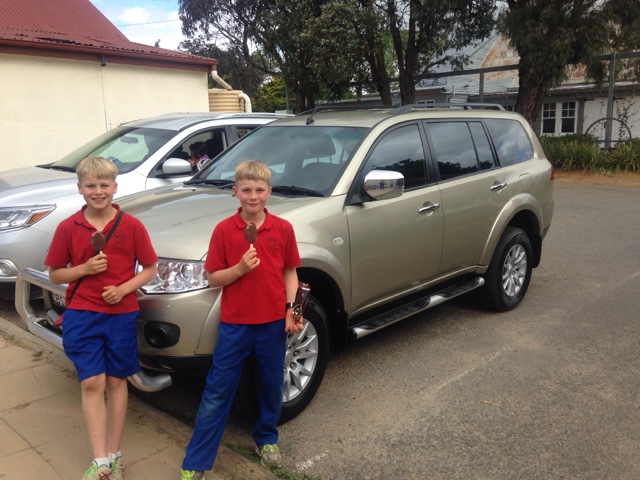 The Challenger's main job will be doing the school run - although on occasion that does need 4WD and negotiation of a water crossing!

Read more »
Posted by phil_in_canberra at 21:54 No comments:

Matilda is up for hire...


After much deliberation, and thinking about the options, we have decided to list Matilda for hire on the camplify website (https://www.camplify.com.au/rv/tent-camper-rental-gundaroo-nsw-matilda/7665)


If you're thinking of buying a rugged, Australian made heavy duty camper trailer, then this is the perfect opportunity to try before you buy. 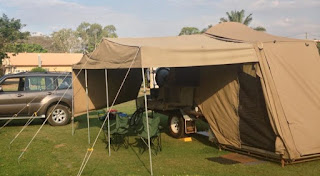 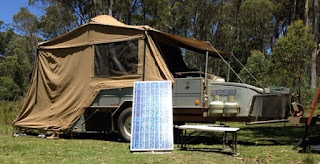 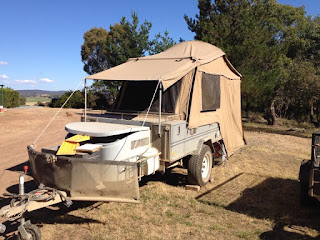 This camper is solid - and whilst it may not be new, it means you won't be afraid of getting it dirty!


To make a booking, please check out:

Posted by phil_in_canberra at 17:35 No comments:

Email ThisBlogThis!Share to TwitterShare to FacebookShare to Pinterest
Labels: Camper Trailer For Hire

It was an exciting moment filling up with fuel at Mount Dare.  This is the last fuel stop before entering the Simpson Desert.  We really were not sure what to expect as this was our first crossing - and all of us were looking forward to the next six or seven nights.  We filled the fuel tanks to the brim, bought our Desert Passes and enjoyed a last ice cream.  It wasn't long and we were on the road to our first camp - Dalhousie Springs. 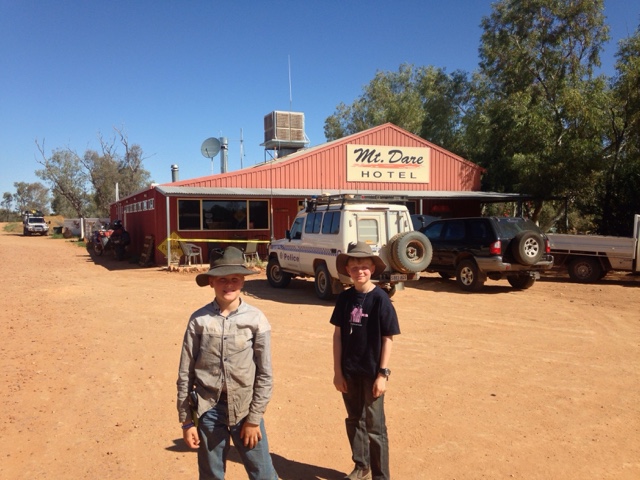 Dalhousie Springs is an oasis on the western edge of the desert.  The artesian water is a delightful 39 degrees, and we spend the best part of a full day lolling about in this paradise.  The three boys delighted in playing the in water, jumping out and enjoying the novelty of cooling in the breeze before warming up again in the water.
Read more »
Posted by phil_in_canberra at 00:58 No comments: